On this page, you will find both a short and long summary of the story of “Romeo and Juliet” by William Shakespeare. The short summary provides an overview of the key events in the play, while the long summary offers a more in-depth exploration of the plot, characters, and themes. Below the summary, you will find answers to some commonly asked questions about the story of Romeo and Juliet.

Romeo and Juliet is a tragic play written by William Shakespeare about two young lovers from rival families, the Montagues and the Capulets, who are unable to be together because of their families’ longstanding feud. The play begins with a street brawl between members of the two families. Romeo, a Montague, attends a party at the Capulets’ house, where he meets and falls in love with Juliet, the daughter of the Capulets. The two lovers are secretly married by Romeo’s friend, Friar Laurence, but their love is doomed from the start because of their families’ conflict.

After a series of tragic events, Romeo and Juliet are both forced to take their own lives in order to be together in death. The play ends with the reconciliation of the Montagues and Capulets, who are brought together by the death of their children.

Romeo and Juliet is a powerful tale of love, tragedy, and the consequences of feuding and violence.

“Romeo and Juliet” is a tragic love story written by William Shakespeare. The play is set in the city of Verona, Italy, and begins with a street brawl between the Capulet and Montague families. Despite their longstanding feud, Romeo Montague and Juliet Capulet fall in love at first sight. Romeo, a young man who is despondent over his unrequited love for another woman, attends a Capulet party in disguise and meets Juliet. The two of them quickly fall in love and secretly marry the next day.

However, their love is not without complications. Juliet’s father has arranged for her to marry a man named Paris, and Romeo’s friend, Mercutio, is killed in a sword fight. In his grief, Romeo kills Juliet’s cousin Tybalt, and is exiled from the city by the prince. Juliet is devastated by Romeo’s banishment and, with the help of her nurse, hatches a plan to join him in exile.

Tragically, the plan goes awry, and Juliet takes a potion that makes her appear dead. Romeo, who is unaware of the plan, receives word of Juliet’s supposed death and, in his grief, buys poison and goes to her tomb to kill himself. When Juliet wakes up and finds Romeo dead, she also kills herself. The play ends with the prince and the two families coming together to bury the young lovers and end their feud.

“Romeo and Juliet” is a powerful exploration of the destructive nature of hatred and the transformative power of love. Despite the obstacles they face, Romeo and Juliet remain devoted to each other until the very end, and their love ultimately brings about a reconciliation between the two feuding families. The play remains one of Shakespeare’s most famous and enduring works, and has been adapted into numerous films, plays, and other works of art.

William Shakespeare was a famous English playwright and poet who is widely considered to be one of the greatest writers in the English language. He was born in Stratford-upon-Avon in 1564, and his plays and poems are still widely studied and performed today. Some of his most famous works include plays such as “Hamlet,” “Romeo and Juliet,” and “Macbeth,” as well as a collection of sonnets. Shakespeare’s plays often explore themes of love, betrayal, and redemption, and his use of language has had a lasting influence on literature and theater.

Who wrote Romeo and Juliet?

The play was written by William Shakespeare.

When was Romeo and Juliet written?

Who are the main characters in Romeo and Juliet?

The main characters in the play are Romeo Montague and Juliet Capulet.

What is the basic plot of Romeo and Juliet?

The play is a tragic love story about two young lovers from feuding families, the Montagues and the Capulets, who fall in love and secretly marry. Despite their efforts to be together, their love is doomed from the start, and the couple ultimately ends up taking their own lives.

What themes does Romeo and Juliet explore?

The play explores themes of love, tragedy, and the destructive power of hatred. It also explores the role of fate in the lives of the two lovers.

Where does the story of Romeo and Juliet take place?

The story is set in the city of Verona, Italy.

Who is Romeo in love with at the beginning of the play?

At the beginning of the play, Romeo is in love with a girl named Rosaline, who does not reciprocate his feelings.

Who is the antagonist in Romeo and Juliet?

There is no clear antagonist in the play, as the tragic events are the result of a combination of factors, including the feud between the Capulet and Montague families, Romeo’s impulsiveness, and the power of fate.

What is the ending of Romeo and Juliet?

The ending of the play is tragic, with both Romeo and Juliet taking their own lives. However, their deaths ultimately bring about a reconciliation between their feuding families. 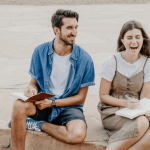 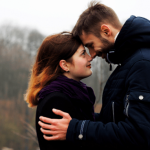 750+ Romantic Love Messages for Him and Her215 Total Shares 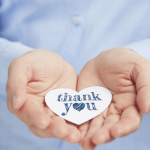 620+ Heartfelt Thank You Messages for Every Occasion87 Total Shares 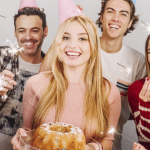 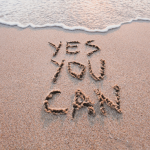 790+ Inspirational Messages for Friends and Loved Ones42 Total Shares 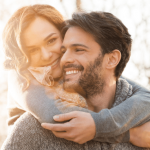 530+ Love Messages for Him from the Heart35 Total Shares